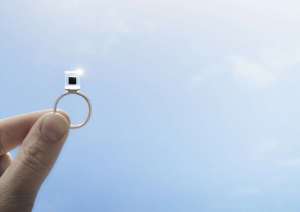 Article: Pollution-Eating Tower Would Turn Smog Into Rings And Cufflinks

Note:  This device can also be integrated into current structures in the public space in cities such as street lamps, phone booths, benches, traffic lights, etc.

Organizational stakeholders include: Tech design team, production company/-ies and city authorities if the device is to be integrated into existing city properties.

As the project is still a Kickstarter campaign, the first 3 steps in deploying this technology AFTER the launch would be

1. Keep information on air quality of area the device(s) is installed.

2. Collect feedback information of each device (how much carbon did it collect?)