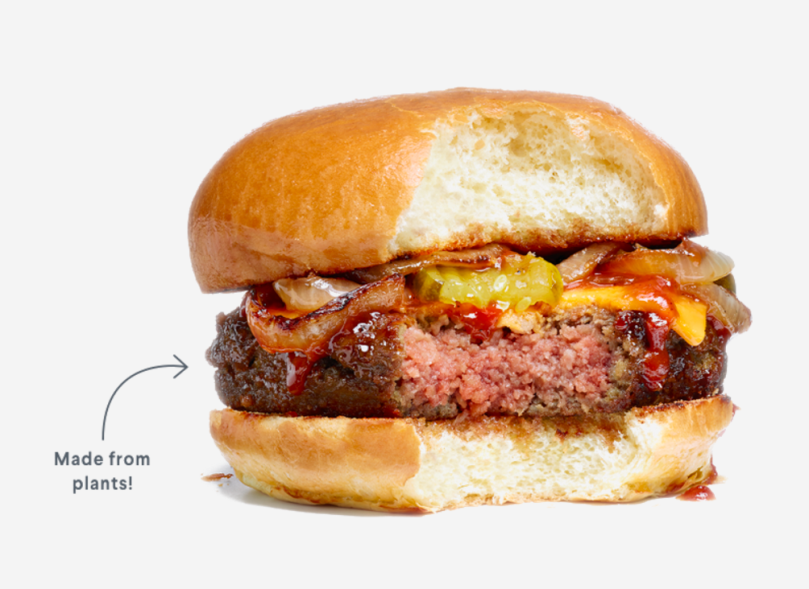 Animal agriculture contributes to nearly ⅕ of all GHG emissions worldwide and beef production is considered the worst offender when it comes to its environmental impact. A 2014 study found that compared to pork or chicken, beef production requires 28x more land use, 11x more water use and produces 5x more GHG emissions. Cutting back or eliminating beef consumption would have a positive environmental impact. However, many people enjoy the taste of beef and aren’t interested in pursuing a completely meat-free or plant-based lifestyle. The current plant-based meat substitutes in the marketplace, do not replace the void of a “real” burger when it comes to taste and texture.

Impossible Foods aimed to create plant-based meat and dairy products that have the taste and texture of real animal-based products that are healthier for the consumer and are less harmful to the planet using less energy, water and other resources compared to animal products. Over three years of research into what makes the process of cooking and eating meat so unique led to the discovery of the molecule heme which gives meat its distinct taste and smell. This molecule is also found in plants and therefore Impossible Foods set out to develop the right combination of plant-based ingredients on a molecular level to mimic the taste and texture of a real beef burger. Operated as a tech firm and not a typical food company, Impossible Foods is based in Redwood City, CA was founded by Stanford biochemist Pat Brown whose premise is that food production is reliant on technology. Impossible Foods has raised $182 million and received a $300 million buyout offer from Google, which they passed on.

Impossible Foods plans to officially launch their first product the Impossible Burger in July 2016 in select restaurants in San Francisco, Los Angeles, and NYC. They are currently partnering with select chefs to gain awareness and interest in the food space and have held tastings at tech conferences such as Code Conference. Future expansion plans include plant-based dairy products. To better address the sustainability problem of beef consumption, Impossible Foods should scale production to have products in retail markets with a wider U.S. or even worldwide distribution.

I tried it today and was impressed. As a former burger-lover who went plant-based earlier this year, it did fill a void. It did taste like a beef burger and I would probably try it again.

One thought on “Impossible Foods: Plant-based burgers with taste and texture of the real thing”