The UN estimates that world population will reach 8B by 2014 and 9B by 2017. According to an article in The Guardian more than 1B people – one in seven people on the planet – now lack access to safe drinking water. Jean Chretien, former Canadian Prime Minister has said that “Using water the way we have in the past simply will not sustain humanity in future.”

Rain water has been harvested tracing back to 2000 years in South and South East Asia and is deep rooted in the social fabric of countries like India. During the Roman empire rain water collection was incorporated in many cities with state of the art technology for the time. Simple construct technologies called Oorany in Southern India or Step Wells in Northern India have been designed to store locally harvested rainwater to meet the basic water needs of a community. 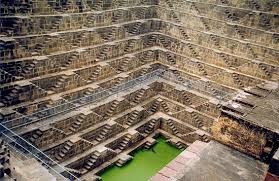