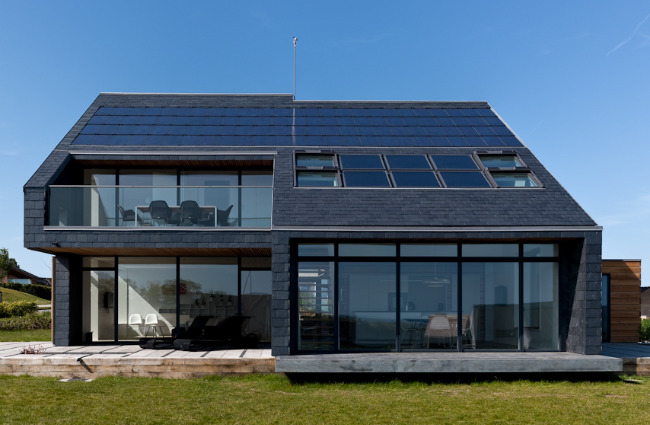 Thinking of how you can help Mother Nature? Going solar is one of the answers. When you go solar, you didn’t only do yourself a favor but the environment as well. Since it’s a clean source of energy, the pollution it creates is way lesser than other energy sources. It doesn’t produce greenhouse gasses and other harmful emissions which hurt Mother Nature. Laying solar panels on roof is a powerful solution. But, what if your roof does not allow you to put solar panels or installing panels is costing you too much.

The material is thermally driven and composed of metal nanoparticles (diameters ~ 10 nm) embedded in a transparent composite matrix that can be easily sprayed on. And the cells don’t just work on glass — they can be used on the rest of the house, too! It could even be used on the roofs of cars to charge up batteries.

Instead of turning your house into a cave, you’ll have slightly tinted windows that catch some 8-10% of the light and let the rest through. Or, if one side of your house received more sunlight than you like, you can increase the thickness of the coating, further reducing the amount of light that comes through the window. Conversely the structural material of the building can also be coated with a higher degree of absorption. This could be side panels of the building itself, or even in the form of ‘clip-together’ solar roof tiles

EnSol is hoping to increase the solar film’s efficiency to the point where it’ll be able to convert around 20% of the energy it absorbs into energy you can use, which compared to other forms of energy is substantial. Unlike other conventional devices, the new thin film could become cheaper due to its property of being able to be coated onto large areas. Researchers claim the new transparent solar cell technology could be available within five years.

If this technology works as planned, it could take away the need to plonk big solar panels on rooftops, particularly in industrial settings. Within the next 5 to 10 years, you may be able to coat your house (literally) in a thin film solar-cell technology that is literally sprayed on.