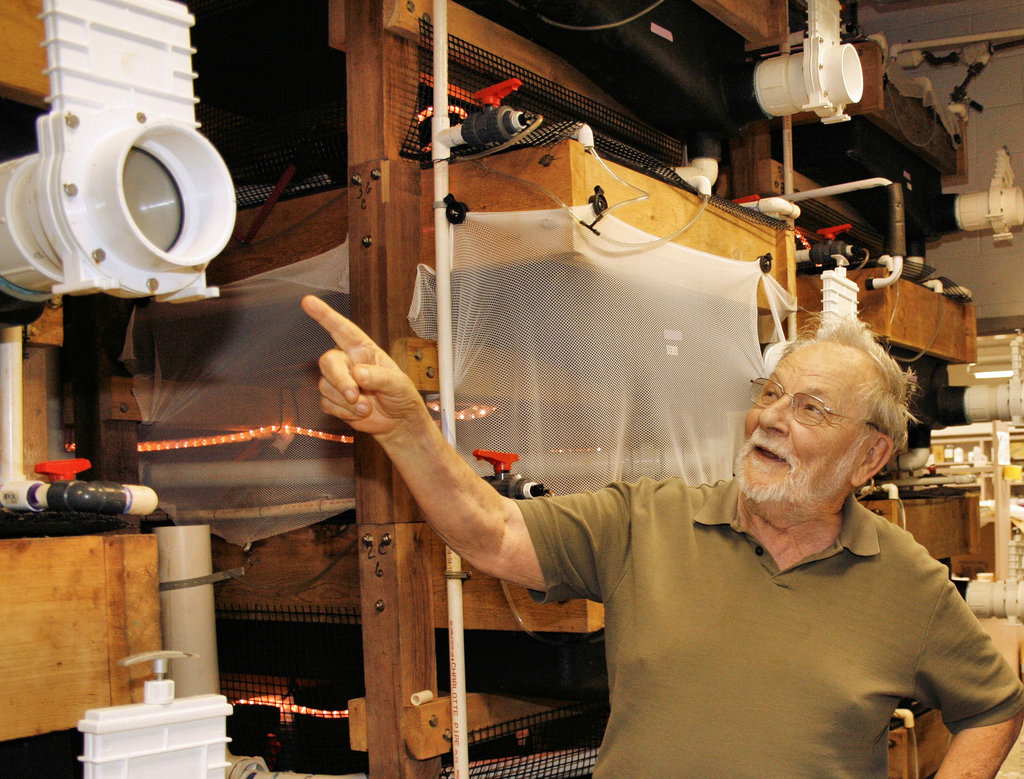 Sometimes by re-configuring dumb technology, a simple innovative solution could be attained that produces better results. The space needed to farm shrimp has been a constraint in the aquaculture industry for some time. Due to intense regulations concerning environmental factors, the most effective method to grow shrimp inland was in tubs operated with a flow systems. This system allows for the re-circulation of the limited water supply available and minimizes any effluent seepage, or soil contamination. The production capacity of the farm was limited to the space available because the tubs could only produce a limited amount of shrimp and thus made it cost prohibitive for American farmers to operate at a profitable level. This made importing shrimp a cheaper alternative and placed American farmers in a competitive disadvantage in the international market. In a NY Time article Dr. Addison L. Lawrence has figured out a simple solution to obtaining higher yields by re-configuring the same technology that was already available. Dr. Lawrence increased the volume of production by stacking the water tubs on top of each other and thus maximizing the use of the available space. This simple solution benefits all the industry’s stakeholders (American consumers, American farmers and the environment), by increasing the production level, lowering market prices and maintaining proper environmental stewardship.

I think that this water metering technology is a simple but innovative solution for better individual water management. The only drawback would be user incentive for those consumers in regions that are not currently affected by water stress. Those users tend to reside in more economically developed or affluent regions that could afford to buy the technology but are not motivated to do so due to plentiful clean water. On the other hand those that do need the technology are in less economically developed areas that can not afford the devices. In those situations I think that it would help the government by investing in the technology.