“By 2030, the city of Seoul will have evolved into a city with a highly convenient transport system, where people will not need to rely on their cars.”  – Seoul Traffic Vision 2030

Article: How Seoul is using technology to avoid “traffic hell” 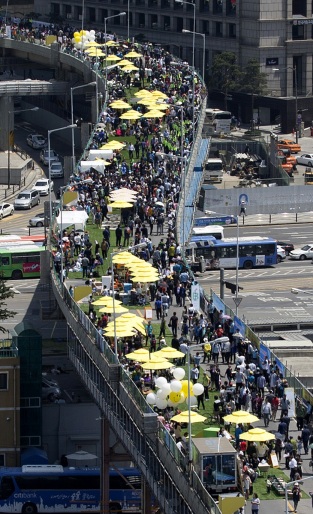 Another article on this topic (Link) says that the plastic needs to be irradiated with gamma rays in oder to change the crystalline structure (ie. more cross linkages in the lattice lead to stronger concrete when mixed with plastic). It would be interesting to analyze how much this irradiation process would cost on an industrial scale when incorporated into cement production.