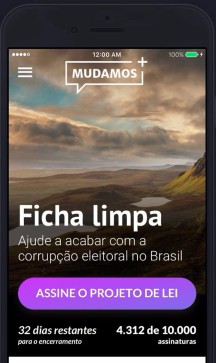 The City of New York is currently replacing 250,000 Street Lights with LEDs. Mayor Bloomberg announced the project in 2013, which is supposed to save the city $6 million in energy costs and $8 million in maintenance every year. Currently, the project is 81% completed and it is expected to end in December 2017.

In addition to replacing the existing street light with LED-based lamps, the City could invest in a platform for multiple smart city services, which not only would result in additional energy and operational savings, but it would also have a positive community impact in terms of safety and environment.

The idea of using the car as a data collection device is not new: we have used GPS data to understand problems like traffic congestion and vehicle energy consumption. However, today’s vehicles present sophisticated systems with sensors, digital communications between cars with a vehicle-to-vehicle network, and with the roadside infrastructure with a vehicle-to-infrastructure communication system, as well as embedded computational resources for images and graphics processing. An average car today is equipped with over 4,000 sensors that collect internal and external data. What if we could use this data to improve overall safety on the roads, and better understand driver behavior and the urban environment?

Gogoro’s Smartscooter is powered by a removable battery that gives it a range of 60 miles per charge, which is an impressive number for an all-electric bike. It can also pair the electric vehicle with your smartphone to control certain features.

Almost one third of the world population lives in arid regions where water is scarce. As population grows and climate heats up,  water scarcity has the capacity to create or amplify poverty, migration and conflict problems. Although the ability to extract clean water from air is not new, existing techniques require high moisture levels and a lot of electricity. There is a need for technologies that pull water from air in areas where the percent of humidity is low and potable water is a pressing need.

The New York City Housing Authority pays resident’s utility bills in 27 developments, a total of 166,952 units and 1,979 buildings, which add up to $180 million yearly. Demand has been the main driver of the utility cost increase witnessed by NYCHA in the past year, with consumption remaining stable. The authority faces many deep challenges, including increasing maintenance demands, declining funding, and aging housing stock, which make extensive energy retrofits difficult to fund. In this context, NYCHA would like solutions to manage electricity demand and in turn reduce electricity costs without having to replace building systems entirely.

END_OF_DOCUMENT_TOKEN_TO_BE_REPLACED

Only 5% of the ocean has been explored yet it feeds over 2 billion and provides more than 50% of our oxygen. The shape of the ocean floor helps determine weather patterns, when and where tsunamis will strike and management of fisheries that feed millions. Ocean exploration can also help us evaluate the potential environmental impacts of ocean mining and whether to authorize mining to proceed. Ocean exploration technologies today, from human divers to satellites and autonomous underwater vehicles, cannot scale to gather information necessary to increase our understanding of the ocean’s potential. Therefore, there is an enormous need for new technologies for ocean exploration that can be scalable, cheaper and survive the extraordinary physical challenges – water’s weight and pressure, unknown risks, lack of visibility – of the ocean.