Transportation is one of the largest contributor of greenhouse gas emissions from human activities. Over 90 percent of the fuel used for transportation is petroleum based, which includes gasoline and diesel.

Solution: Uber, the ridesharing company wants to deploy flying taxis in Dallas, Texas and Dubai by 2020. These taxis would be electric, would have vertical takeoff and landing (VTOL) capability, and would be quiet enough to operate in urban areas.

Tidal power or tidal energy is a form of hydro-power that converts the energy obtained from tides into useful forms of power, mainly electricity. Although not yet widely used, tidal energy has potential for future electricity generation. Tides are more predictable than the wind and the sun.

Tidal power or tidal energy is a form of hydrophone that converts the energy obtained from tides into useful forms of power, mainly electricity. Although not yet widely used, tidal energy has potential for future electricity generation. Tides are more predictable than the wind and the sun.

Unlike a refrigerator, the Wakati does not control temperature and, therefore, cannot store fruit and veg for long-term periods. Wakati have shown that a one or two-day shelf-life in a hot climate can be increased to 10 days. In developing countries this can be significant because some food will not go to waste and some companies can even profit.

Antibiotic treatments in the aquaculture industry has been a hot topic of debate for a few decades now. The possible negative effects to human welfare and environmental impact are a concern stemming from any possible development of bacterial resistance. The development of bacterial resistance can occur when any leftover antibiotics mixed into fish feeds or from the excretion of fish feces, settle in the sediment or are ingested by the wild fish population. Once introduced into the environment, “antibiotics alter the composition of the microbiota” (fishnavigator, 2017). This means that antibiotic resistant bacteria could replace non-resistant bacteria and could then limit the options available for treatment solutions in disease control.

Bacteriophages have been in the development stages in a project funded by the EU that was seeking for an alternative solution to using antibiotics in aquaculture. Unlike antibiotics that work broadly to kill all bacteria, Bacteriophages work by targeting only specific bacteria and they are fully natural so animals do not have to be in quarantine after treatment. The premise of the technology is similar to the probiotic technology for humans where maintaining a healthy digestive system prevents or reduces  diseases. The Polish company Proteon has developed a bacteriophage that they are marketing commercially under the name Bafador. The product is currently designed to combat two pathogens that are detrimental to farmed fish mortality rates: Pseudonomas and Aeromonas.

This technology should help increase the food production of fish farmers by decreasing the mortality rates of their stocks and lower the environmental/human health risk associated with the overuse of antibiotics.

An illustration of a bacteriophage attacking a bactera strain by Proteon.

This seems like a promising tool to help government agencies in preventing fraudulent sales of illegal or mislabeled fish species. I was trying to figure out FishDNAID’s current business model. Their website offers services for a fee but they were not offering those services at all times. Also I wasn’t sure if they were affiliated with the Florida State University or if they were a private organization.
I think that exploring for a viable business model that could provide a stable revenue stream is certainly worth the effort.

1. Sustainability Problem: 40% of traffic in city centers is caused by drivers looking for parking spaces. This gridlocked inertia is a universal frustration creating increased congestion, noise and pollution in areas where citizens live and work. Barcelona, Spain had been facing this issue for a long time. 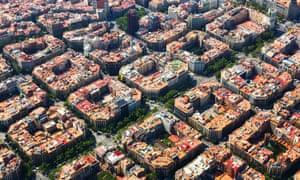 Problem
Clean water availability in many third world countries is proving to be a major problem. A lot of these countries do have some water sources, but the problem lies with the process of filtering and converting it into potable water. The WHO estimates that 2 billion people in the world drink water from a source that has been contaminated.

Solution
Researchers at Carnegie Mellon University with the help of Water is Life, have come up with a solution that tackles a few issues with this problem. They have invented a book, that provides educational advice and lessons for pupils about water sanitation. The pages also turn into water filtration tools and it is estimated that each book can provide a person with clean water for four years. The design takes advantage of silver’s effective antimicrobial characteristics. Each page weight contains less than 1% of silver. Bacteria absorb silver ions as they pass and eventually die.

Next Steps
The book is currently being distributed in certain countries such as Haiti and Kenya. I think the first step now is to see how effective this technology is. I am skeptical that people who will be using this book as a filtration device will gain much from the educational aspect of the design. Some metrics need to be put in place like the number of people drinking from a contaminated source to monitor and evaluate the effectiveness of this technology. This is key for the next step, which is to try to sell the idea to the WHO and other nonprofits that can potentially adopt this book into their distributive practices.

Although a very interesting idea and I can see this being utilized in many equatorial countries, I see one key issue. A hefty portion of this investment must go to education, many of these farmers are either not equipt with smartphones or don’t have the experience with dealing with new technologies such as solar PV. These (I am assuming) will be operated by the farmers themselves, and they will need to be properly trained to able to maintain and operate these tools. Perhaps part of the sharing model you suggested, they could have employees dedicated to delivering, installing and maintaining the equipment. A percentage of the rent/lease fee can go into funding this.

Sustainability problem– Food wastage and losses due to high temperatures

An FAO study indicates that roughly one-third of food produced for human consumption is lost or wasted globally, which amounts to about 1.3 billion tons per year. This inevitably also means that huge amounts of the resources used in food production are used in vain, and that the greenhouse gas emissions caused by production of food that gets lost or wasted are also emissions in vain.

Local farmers residing in hot climates face a daunting problem: their produce is susceptible to spoilage due to high temperatures which puts them at a disadvantage in markets. For cities in hot climatic regions (Equatorial countries, South East Asia etc.), the transition to sustainable and smart ways of operation require a special focus on mitigating the losses due to food and produce wastage. With growing public expectations over sustainable and local sourcing, farmers in these parts of the world need a reliable way to get their produce to market without spoilage.

Why not use the heat to their advantage? Companies such as Ecozen in India have developed micro-cold storages that run completely on solar power, and allow farmers to preserve their produce. The technology is coupled with sensors that feed data to an app on the farmer’s smartphone, allowing him/her to continuously monitor the health of produce. They are also able to compare average prices of produce in the market and ensure they get the best price possible.

Another unique aspect of this technology is the ability to mount it on trucks, which are often used to transport produce from rural farms to city centers.

Key stakeholders and their role in implementation

Comment on “Energy from evaporating water could rival wind or solar”.

Assuming this technology takes off in the near or mid-term future, two key points will need to be kept in mind:

It would appear that such a technology will be a great starting point for distributed generation, on farms and other places where water is heavily used/evaporation rates are high. It may not be feasible to feed this type of energy directly into the grid. Thoughts?

Most industrial processes, including those for the food and beverage industry, create waste that currently ends up in landfills. This wastes food that could be used to feed people and contributes to global warming by adding more materials to landfills.

1) Sustainability Problem: New York City residents do not have a forum to voice their interests in NYPD agenda.

CompStat, brought to the NYPD in 1994, is a management system that combines administrative policy with technology to make crime matters more transparent and hold precinct commanders accountable in their areas. IdeaScale is a cloud-based innovation that has been merged with CompStat as an ideation platform to enhance civic engagement surrounding police work.

1. Fisheries are of primary importance for the livelihood and food security of 200 million people, particularly in the developing world, furthermore, one of five people on this planet depends on fish as the primary source of protein(UN) . The increasing demand for fish and fish products is leading to a rapid growth in market prices. Therefore, fisheries investments have become more attractive, creating even greater barriers for the protection of marine biodiversity due to overfishing. The magnitude of the problem of overfishing is often overlooked. According to a Food and Agriculture Organization (FAO) estimate, over 70% of the world’s fish species are either fully exploited or depleted. The dramatic increase of destructive fishing techniques worldwide destroys marine mammals and entire ecosystems.

2.Based on the DNA sequence of a particular gene it is possible to determine which species the sample belongs to, by comparing the DNA sequence to all of the fish DNA sequences in the universal database GenBank. Less than 1 milligram of fish meat is required to perform this analysis. (FishDNAID)

So far, the publicly-accessible database contains over 1,000 DNA sequences on it until now but planning on adding new sequences on a rolling basis. DNA barcoding provides an additional advantage because DNA among similar species bears a similar resemblance, researchers can usually narrow down a mystery fish. Finally bringing transparency to the seafood supply chain. (Agfunder)

This technology is expected to become highly scalable as it matures,  decreasing the cost, making it more attractive to invest in and easier to use in the field. Soon, fish retailers could rely on a spin-off of the database to verify each import shipment as it crosses their docks, alerting the FDA and refusing the admission into the country, this is expected to reduce the number of illegal fished endangered species.

3.- Although this technology could be developed by a private company, the final adoption of the enforcement authorities it’s crucial. The Fish SCALE (Seafood Compliance and Labeling Enforcement) project at the FDA has been able to accurately classify countless types of edible — and perhaps, more importantly, inedible — types of sea fare based on their DNA, this is a perfect example of how the public sector is developing its own technology innovation programs within the agencies. (Agfunder)

4.-  Although there has been a wave of innovative solution regarding conservation of the marine ecosystem, most of them narrow down to offer two solutions: Monitoring and traceability. For the former, it is important to have strong law enforcement authorities, for the latter it is important to have educated markets. To deploy this technology in the developing world it will be crucial to work hand in hand with the law enforcement authorities as well as to raise awareness among fish retailers.

Ecolution for your future | Evoware

“A very innovative technology indeed. Again, such ideas will always stumble upon large cost and scalability. And the fact that it needs a carbon-neutral plant to build upon means that it still needs further research since many power plants around the world are still not carbon-neutral.”

Back to top
makeasmartcity
Blog at WordPress.com.
Loading Comments...