75% of tires are made of petroleum (needed for the production of the rubber used). At the end of the products’ life most of them end up in landfills .

Michelin, thanks to a new concept, 3D printed a new kind of tire. The tires are made out of molasse (sugar paste), then turned into ethanol which is used to produce rubber replacing petroleum. Since the tire is only made of natural sources (molasse, bamboo,…), the tire is fully biodegradable.  Although, thanks to the new design of the tires, their useful life should be greatly extended. Indeed, instead of changing tires when a problem arises, the new Vision tire can be modified with a 3D printer.

Other article comment: The tiles are also gathering data that can be used for better understanding pedestrians habits and crowd flows . This type of information is useful to commerces but also for cities. 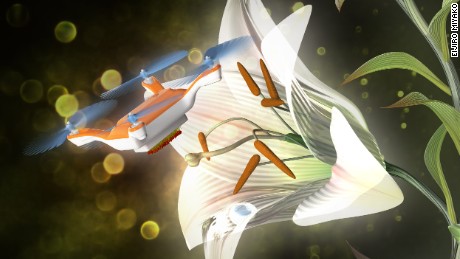 Pollinators such as bees and butter flies help produce 75% of the world’s crops by pollination. Unfortunately, many insect pollinators are facing extinction.

Researchers in Japan are testing out drones to be used for pollination. These drones carry pollen from one plant to another allowing them to be pollinated and reproduce without the help of insect pollinators.

As the world transforms to use more smart technology in their daily lives, this is a important fabric that can analyze data and build databases that help evaluate a persons health.  I believe this technology will change the way people understand their own health and body and move towards a healthier lifestyle with data analytics.

The Solar Roadway is a series of structurally engineered solar panels that can be driven upon. It replaces all current petroleum based asphalt roads, parking lots, and driveways with Solar Road Panels that collects energy to be used by our homes and businesses. Solar Roadways Incorporated is a start-up company based in Sandpoint, Idaho founded by Scott and Julie Brusaw in 2006. The company envisioned in replacing asphalt roads with solar panels. The proposed system would require the development of strong, transparent, and self-cleaning glass that has the necessary traction and impact resistance properties. Their technology includes a transparent driving surface with underlying solar cells, electronic and sensors to act as solar array with programmable capability.

There are three layers for the solar roadways –

For solar roadways to be successful, the three layers of solar road panels need to work in unison. The road surface layer needs to be clear enough to let the sunlight pass through it to the electronics layer. The electronics layer collects solar energy. It consists of photovoltaic cells which converts this energy into electricity. This energy received is transmitted to the base plate layer and also it keeps the road functioning properly, and the base plate layer determines where the energy is supposed to go and distributes power (collected from the electronics layer) and data signals (phone, TV, internet, etc.) to all homes and businesses connected to the Solar Roadway. Because the road lines on solar roadways are LEDs, the baseplate layer needs to ensure that the roadway has enough energy needed before sending the rest of the energy out towards the grid. Solar cells produce DC energy. Homes and businesses currently use AC energy, so the DC solar energy is converted to AC energy by a DC-to-AC converter or solar micro inverter and then is fed to the homes and other places.

Step one: Showcase the reliability of the technology to the public and private entities. Attract more investors and spread awareness about the usage to this technology.

Step two: Set up some full-scale prototype units to prove the principles in real-world conditions.

Step three: Form partnership with utility companies (Solar and automobile industry) that could use this technology to demonstrate the efficiency of the technology.

Step four : Implementation of the technology along with the government.

I think the concept of Portable toilets should be appreciated for their durability, easy to use functionality, and modern design, light weight, easy to wash and move. However, my only concern is about cleaning. Proper knowledge about the cleaning process should be taken from the retailer from where you buy the mobile toilet to maintain healthy hygiene of the users.

-Composed of  materials that are nearly 100% from sustainable sources

-Powered by the sun

-The home energy management system (HEMS) is a computer hardware and software that smartens the home by: -pulling power from the grid when it needs it

-charging up the car’s battery

-sending power back to the grid when it produces more than

Implementation steps: Identify city-specific monetary and environmental benefits of the technology, compare them to the current situation, and promote them to the stakeholders.

Good health and well-being is the third Sustainable Development Goal as outlined by the United Nations in 2015. In the United States, life expectancy remains far behind that of other developed countries. Yet, the US is spending way more per capita on medical treatment. In addition, life expectancy in US cities varies dramatically from zip codes to zip code, per median household income. Cleary, we are challenged by inefficiency and access: communities are not receiving the appropriate care they need.

City Block is a start-up within Sidewalk Labs, Google’s parent company’s urban innovation group. It focuses on providing healthcare to low income communities in urban areas, by leveraging technology to better customize care and follow-up with each patient. Through its Neighborhood Health Hubs set up in targeted neighborhoods, City Block plans to provide hyper localized care by trained providers and connect patients and care professionals through their proprietary digital platform, Commons. Hubs will provide treatments for depression, substance-use disorders, anxiety, and others, including serious mental. Healthcare innovation has typically only reached high income communities. By contrast, City is partnering with Medicaid for coverage.

I enjoyed learning about this leather alternative from pineapple leaves. I’m very interested in fashion tech and especially new textile technologies to address animal welfare and environmental issues. This reminds me of Modern Meadow, a technology company growing leather derived from collagen, the same animal protein found in animal skin.

1.- Climate change is the result of a mix of carbon emission produced mainly by humans. CO2 emissions, are primarily generated from the combustion of fossil fuels, unfortunately, these have risen dramatically since the start of the industrial revolution.

Transportation plays a major role in the green-hous-gas (GHG) per sector, in fact, according to the UN the global car fleet is expected to triple by 2050. GHG emissions from transport are growing faster than any other sector. (UN)

When we analyze into further details the purposes of transportation, not so much regarding items but specifically humans, there is a significant amount of travels for meetings and business purposes. There is a considerable amount of emissions generated by transporting people to the workspace as well as to meetings in different cities or countries.

Virtual Reality headsets with antler-like sensors attached to the goggles enables the user to join a virtual-reality environment in which they see digital avatars of themselves moving around a simulated environment. (Wall Street Journal)

Although conference calls have had a great impact on the way we communicate, there are still some shortfalls, such as limitation of hand gestures, and human contact. The novelty of having an avatar that represents yourself and others in a shared common space enables a set of different interactions.

Virtual-reality systems could replace video conferencing as a common tool for business meetings, that could represent not only time savings but also GHG emission reductions, since traveling for meetings within a city, a country or in the world for meetings won’t be necessary.

3.- The next step to deploy this technology is to improve the internet infrastructure. VR, as well as conference calls, rely on a good internet connection, in many cases is not good enough. Furthermore, enabling VR experiences, through movies and short films can be a compelling start into deploying this technology, by gaining public curiosity and acceptance.

4.- Finally, I see this technology being primarily deployed in the private sector by companies. This could have also a great beneficial impact in terms of cost savings since work travels are expensive, therefore there is a clear incentive for companies to adopt it, and put some effort in the public acceptance. An example of a company working on VR meetings is tvTime.

1. Sustainability Problem: Children and people with disabilities do not feel safe and secure in large cities when moving between their home and work/school. 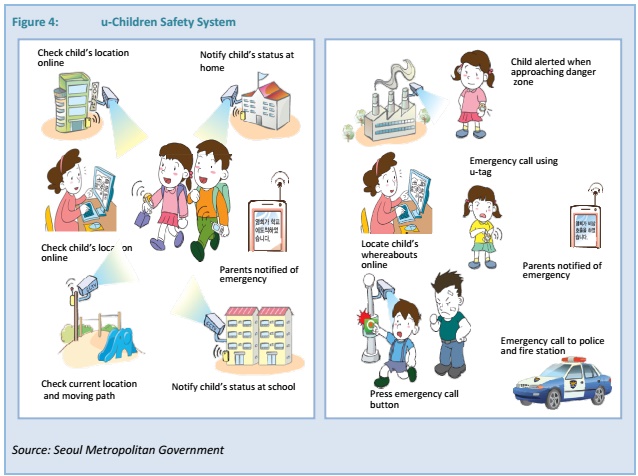 The fast fashion industry encompasses many problems: water use, labor issues/human rights, textile waste, and microfibers that end up contaminating the oceans due to breakdown during washing being a few. 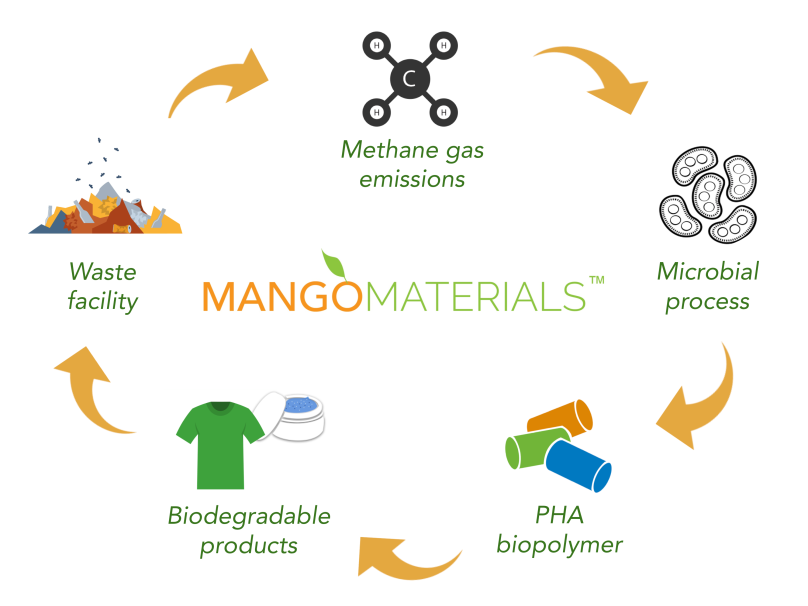 This is an interesting technology but will only really work if all fabrics have this embedded technology. If someone buys this shirt but has an emergency on any day they are not wearing the shirt the benefit is gone. 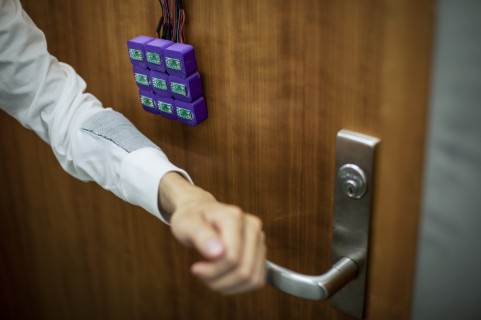 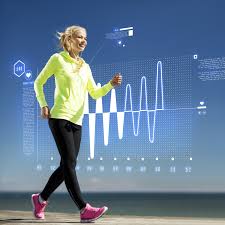 For first responders information on victims and types of injuries are vital in order to determine the necessary procedures to perform.  As a result, speed is vital and decisions are made in seconds.  Information is not always readily available to first reconsiders  when they arrive to an emergency scene. Every year, thousand of people are misdiagnoses and/or treated incorrectly due to lack of information on the injury and/or the victim’s medical history.

Most smart fabrics are not sustainable because they require electronics and  batteries. 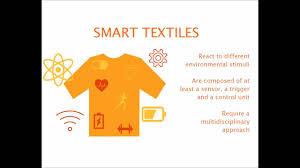 Organizational Stakeholders that Will Use the Technology:

First 3 Steps in Deploying the Technology:

Back to top
makeasmartcity
Create a free website or blog at WordPress.com.