Article: Toyota just started building a 175-acre smart city at the base of Mount Fuji in Japan. Photos offer a glimpse of what the ‘Woven City’ will look like. by Katie Warren

Sustainability Problem(s): As we have seen in class, implementing new technologies into existing cities can prove difficult due to a host of problems, from cultural to financial to bureaucratic. The city itself will also tackle sustainable problems of energy, construction, and transportation amongst others.

Solution: By building their own smart city from the ground up, Toyota will be able to use the city as a lab and test bed for new technologies and will be able to bypass common hurdles of implementation.

The energy for Woven City city will come from a combination of hydrogen fuel cells and solar paneled roofs.

Transportation will have three types of roads that will be separated from each other: one for pedestrians, one for bicycles and one for cars. There will be testing of various sizes and types of electric, self driving vehicles. Drones will deliver goods to businesses.

Construction will be done with sustainably forested wood.

It is being built over what was once a Toyota car factory. Construction has begun and 350 people will move into the 175-acre site including families, inventors and senior citizens.

A concise video on the city can be seen here.

Some hurdles of a new city city run by one corporation: though I love the idea of building a new city from scratch, I also know that history is littered with failed utopias, as explored by the first season of the NICE TRY! podcast. There will be many issues with privacy and laws. Will everyone be tracked 24/7? What happens if a crime is committed in this city? There could be problems of monopoly and competition. What if another company comes up with a better new technology that competes with a Toyota product? Will they ban it from this city? I also think about project’s like Norman Foster’s design of Masdar City in the UAE, which looks really great and is intended to be a sustainable city of the future, but doesn’t seem to have many people actually living in it and has been called a “gimmick.” Maybe I’m preemptively judging it though.

Organizational Stakeholders include Toyota, of course, Toyota’s employees, and the citizens of the new city. Though they are never mentioned, I’m assuming the Federal government of Japan must approve the site. Another stakeholder is the architecture firm Bjark Ingels, who are the major designers of the city.

Steps for Deployment: 1. Design the city 2. Build the city 3. Run the city and 4. Have functioning citizens living and working in the city.

“A very innovative idea! However, my concern is, how would Olli cater to many different passengers’ destinations? Will it be able to find the most optimal route to drop each passenger (like Via)? Or will it drop the passengers one by one according to when they stepped into the bus?”

Effects of air pollution cause 3.3 million premature deaths each year[1] and majority of household pollutants are due to domestic fire for cooking and/or heating homes. The aforementioned are acquit in developing densely populated cities – Beijing, Manila, Nairobi, Cairo, etc.  Access to air filtration systems are limited to a variety of  issues, but the most common are socio-economic and infrastcture. 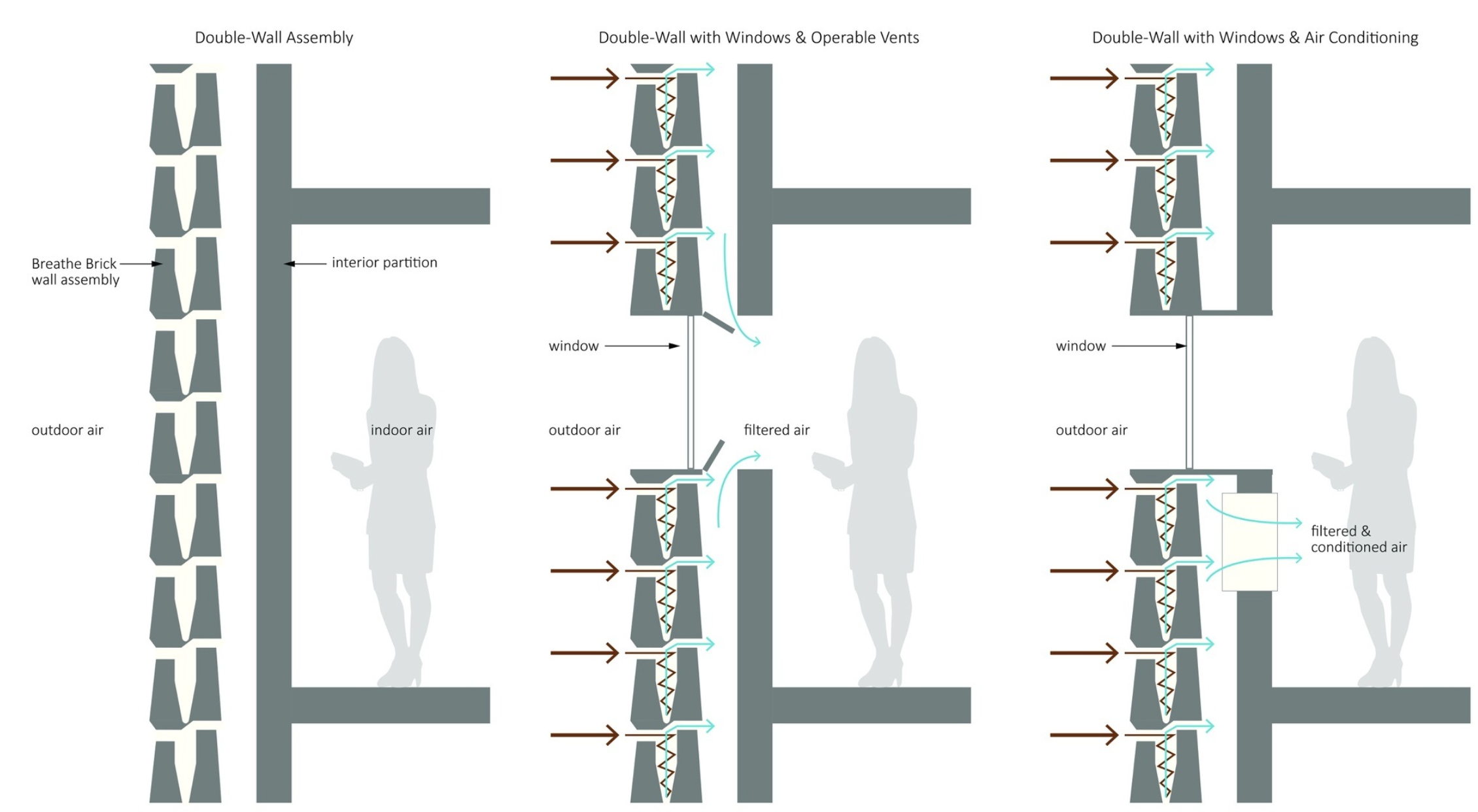 Next steps for deployment:

The Problem
In many places around the world, and especially during the summer when temperatures rise, a big chunk of the energy being used in buildings goes into cooling. In countries in the Gulf region such as mine Oman and UAE, summer is virtually a year long season and so many households have their air conditioning units on all day as the air temperature outside is unbearable. The problem with air conditioning units is that they produce a lot HFCs. These are amongst the most potent greenhouse gases being produced through human behavior and contribute to climate change. So how do you cool the air temperature in exrtremely hot cities with an impossible climate?

Technology: Modern Wind Tower
This technology has been around for a long time in Arabia but as countries have progressed and their architecture “modernized”, they chose to leave behind some smart features such as the natural wind tower (pictured below) for the now harmful air conditioners. These towers can still be seen on old buildings in parts of Arabia.

These towers suck in high speed wind which are generally faster as you go up in the desert. The air travels down through the tower and “washes” away heat in buildings by providing a constant air current and circulation.

A new breed of wind towers has been designed and they take innovation from these old Arabian wind towers. The idea is the same but they now have sensors that can track air movement and direction to efficiently suck in more air. Another added feature is that they have installed humidifiers that cool the air as it travels through the tower to further speed up the air cooling process.

Next Steps
Market this new technology as clean/natural, inspired by old techniques used by our “own” ancestors (assuming target market to be Arabian Gulf region) that substantially reduce GHG emissions. Promote use of wind tunnels with construction/engineering companies since it won’t effect project delivery dates by much if pre-planned. Once installed, this technology is of low cost. Air monitoring/management provided by manufacturing company for a low fee.

Over 13 million people live in Tokyo and there isn’t a lot of space leading to very expensive and cramped living conditions.

Problem: The Implications of Non-Renewable Energy

Non-renewable energy has become synonymous with dirty energy, harming both human health and the environment’s natural resources. For this reason, new forms of renewable energy are becoming more and more widely accepted and implemented.

Introduced in 2007 at Metropolis Magazine’s Next Generation design competition, POWERleap is a floor tiling system that converts wasted energy from human foot traffic into electricity. POWERleap uses what is called piezoelectric technology, which describes the electric charge that accumulates in certain solid materials (such as crystals, certain ceramics, and biological matter such as bone, DNA and various proteins) in response to applied mechanical stress. This, combined with a highly sophisticated circuitry system, can create electricity. This form of electricity has huge potential, considering there are areas with major foot traffic, like 5th Avenue or even a dance club, both of which could generate large amounts of electricity.

Companies/Buildings that install the technology

Since the technology is still in the beginning stages, it will need to reach out to small-scale partners, for example, schools, gyms, etc. that are looking to implement something like POWERleap in their facilities to promote physical activity and, as an after-thought, electricity.

Create a local (later national) campaign promoting the use of POWERleap in commercial building steps and other large areas.