We often glide right over the fact that technologies – in order to optimize consumptive energy patterns, commutes to work, infrastructure projects, and everything else a ‘smart city’ might take on – must measure millions of individual citizens in some way or another. It may be a simple measurement, or it may be a much more personal and in-depth one, depending on if the technology is meant to serve individuals or to be a pulse for the city’s measurables. However, in either case, we must consider that some people will not want to be measured, and we must be aware that their legal right to privacy is one of two things: it is either at risk, or it is putting smart technology’s future at risk.

-The 4th amendment affords citizens to protection against unreasonable search – which is often interpreted by the courts to be a protection against an unconsented search: this is what smart cities may have trouble with, as they do not ‘say please’.

-Given the uncertainty about the future of technology, many people are already expressing concern about their eventual loss of privacy as smart technologies become ubiquitous: these feelings could give rise to policy and sentiment that endanger smart city technology.

-In a broad sense, the benefits of a truly integrated smart city would make the cost of privacy loss worth it – but this is at a large scale. At the individual level, some people are guaranteed to oppose the technology as they are not rational actors.

-Citizens that are being measured by smart city technology

-Tech producers that could see restrictions put in place

There arent really next steps beyond ‘wait and see’. This post isn’t so much about a technology as it is about the drawbacks and expected reactions to any given smart technology that relies on unconsenting measurement of a city’s citizenry. Sample steps to look for would be:

-Assess what policy impacts may be had, should they be enacted.

This is an interesting idea: another thing to add is that this database would act as a sort of ‘clearing house’ for water demand, much like already exists in regional ISOs wholesale electricity markets. It could reduce waste by assessing anticipated regional demand for water and acting to ensure the demand is met (but not overmet).

This article touches on an important principle of ‘smart’ management of capital and resources within a generation blend, best exemplified by the classic saying, “if it ain’t broke… you still might be able to fix it.”

2 – Look to incentivize all turbine owners to repower and claim PTC benefits, perhaps by raising awareness of the program.

3 – Look into writing specific policy to further incentivize repowering, such as state tax credits and rebates for contractor fees.

This is a great writeup of the benefits of offshore wind farms compares to onshore. One thing I would add is that there is a two-way street in terms of aesthetics and landscape: while less homeowners may object to the wind turbines being near their homes, there is still strong pushback from ocean life activists regarding sea floor damage, as well as people who oppose the sight of wind turbines in the ocean – this is why the Cape Wind project from a million years ago has still not gotten construction underway.

The Dutch have been dealing with the risks that come with being below sea level for centuries. Now that sea level is rising, more and more cities around the world will find themselves facing the same issues that Dutch cities like Groningen and Rotterdam have been dealing with all along. This Times article gets into what kind of technology Rotterdam implements to prevent damage from flooding – the simple answer is that they embrace it. Summary below.

This is an interesting idea but I wish they went further into cost, quality, scalability, etc. The company website simply says that waste is broken down to become feed-stock for the plastic. What additional resources are required? Chemicals/Energy? Time? Would like to know more about the costs here. All in all a very interesting idea!

I like this article because it gets down to the basic principle of a ‘smart city’ – you use the measurable data of a city to identify where to make improvements, and you go out and make those improvements. You don’t need to improve the ridership of the MTA with some sort of cloud-based ridership benefits app that uses IoT technology to make your blender give you compliments each time you make a smoothie: you can simply fit more people on a subway by making more space. And to make more space you can remove seats. Summary below.

New Yorkers and visitors who use public transit

Businesses whose employees use public transit

1 – Evaluate the impact of the changes. Is the issue of delays being addressed?

2 – Conduct an analysis of other train lines that have similar issues.

3 – Expand the seat removal pilot to these other lines.

A very neat idea – another impact the article discusses is that much of conventional fish feed comes from trawling the ocean, a habit that contributes to overfishing. These larvae would help mitigate that effect as well as the food waste.

Kuhn&Komatsu have developed a massive new all-electric mining vehicle known as the “E-Dumper”. I liked reading about this vehicle because it represents such a simple yet effective idea: heavy thing going downhill can store its energy through breaking (two birds one stone), and use that energy to put the now-lighter truck back up the hill (three birds one stone!).

-Mining trucks historically are absolute monsters of fossil fuel usage. They need immense power to remove tons and tons of material from mines.

-Much of the time a truck full of materials is going downhill to drop off its load, and then goes back uphill much lighter to be refilled. This downhill phase is very brake-intensive, and the uphill phase is a breeze comparatively.

-This new all electric engine contains a massive battery that charges when the truck moves downhill. Instead of conventional braking, the force of the braking is used to charge a battery.

-With this energy-producing framework, trucks with routes like this (heavy downhill light uphill) can actually generate clean energy that they store per day, effectively using none at all. Of course in actuality one should also expect cases where a heavy truck drives uphill and a light truck goes downhill, like when leaving a quarry, but this doesn’t change the fact that in some mining scenarios this truck consumes no energy and actually produces it.

1 – Assess feasibility of wide production of these huge batteries / their lifespans (is it worth it?)

2 – Market the truck to other mining outfits

3 – Develop a framework for mass production if one is not already in place.

A growing challenge as storms become more intensely localized and the adage ‘when it rains it pours’ becomes more literal is the issue of what to do with all that water in an urban space. In nature, the water is efficiently absorbed into soil and supports trees and other flora. However in a city, the lack of these trees and soil is felt in two ways: first, the rain water has nowhere to be absorbed into and can result in flooding and contamination of the city’s water supply, and second, all that water can cause serious damage to ‘gray’ infrastructure that isn’t designed to handle a sudden deluge – things like streets, drainage pipes, and sidewalks.

This is where Chicago’s new initiative, the ‘Smart Green Infrastructure Monitoring’ (SGIM) project steps in:

First, continue with the testing phase and make sure the project is working as desired

Second, establish a broader installation plan with the office of the city of Chicago

Third, engage manufacturers, contractors, and wastewater managers to produce, install, and use the data.

The Algae Dome represents one way to use algae to address the rising need to curb emissions of CO2, as well as the need to produce food at a low (or in this case zero) carbon cost to the planet. Whether or not the Algae Dome is scalable is another debate that I won’t speculate on, but this Algae Dome does successfully address certain sustainable goals while providing an eco-friendly outdoor space as well.

2 – Farmers and Food manufacturers who could adopt micro-algae.

3 – Governments and NGOs looking to use micro-algae to address hunger and CO2-emission reduction needs.

1 – Discover if the tech is cost efficient and scalable. Is smoke being blown? How much?

3 – Engage consumers who may be interested in the technology – green farmers, cities, food banks, etc. 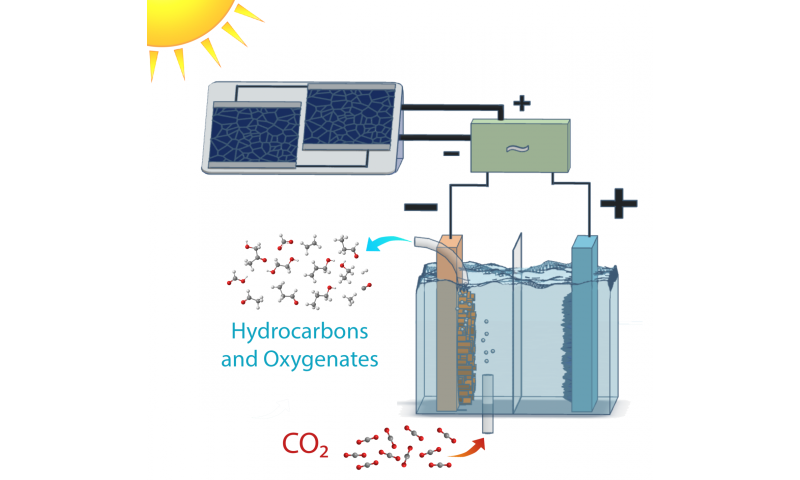 4. Three potential steps to roll out:

1 – Get better at it. (Achieve higher efficiency, optimize build and design)

2 – Standardize a means of production at large scales

3 – Engage utilities and contract developers to begin working the technology into the energy industry.