Problem: Textile and Energy Waste due to Improper Body Measurements

Online retailers use a lot of energy when it comes to shipping and reshipping items that don’t fit their customers properly or due to material quality satisfaction, and or customer’s just not liking what is sent to them. These items are returned or even thrown away by the customer, ending up in landfills- increasing textile waste.

A new technology promotes “smart” online shopping, which has the potential to reduce returned items, minimizing shipping energy and limiting waste. The companies, MyShape and Fits Me, have developed a patented technology that matches shopper with items that correspond to their personal measurements and style preferences. The latter even has a virtual fitting room with a shape-shifting robotic mannequin that mimics your personal body shape so that it can find an exact size and fit. This technology has found success at online German retailer, Quelle, which saw returns reduced by up to 28%, saving energy and money.

MyShape and Fits Me designers

Fits Me and MyShape both appear to be European companies, and in order for it to have an even bigger impact, it must be introduced to the US market, which has a big influence in the fashion industry

Smart online shopping connects both fashion and technology. In order for this specific kind of engineering to take flight, there should be promotion and marketing geared towards students and designers who would be interested in furthering this field

Problem: Textile Waste and Water Use Caused by Fabric Dying

Traditionally dying textiles causes a number of environmental problems like excessive use of water and landfill overspill due to textile waste.

One technology, digital printing, implemented by Huntsman Textile Effects, uses a process in which prints are directly applied to fabrics with printers, reducing 95% the use of water, 75% the use of energy, and reducing fabric waste. Huntsman does this with a variety of different inks like acid ink, disperse ink, pigment ink and reactive dyes, all of which use cutting-edge technology to create more sustainable products.

Huntsman is worldwide big company, however, it only manufactures in China, Germany, India, Indonesia, Mexico, Thailand. It must be introduced to the US market and other other European countries that have a big influence in the fashion industry.

Fashion designers must begin to use the technology to introduce the innovation to the public and encourage its usage down the supply chain i.e. factories and low-end designers/retailers. For example, it has already been used by designers like Mary Katrantzou, Alexander McQueen and Basso & Brooke.

In Germany every year 1.9 million tons of good milk is disposed of . This waste is costing manufacturers, as well as contributing to food waste and landfill overspill.

In 2011, German micro-biology student, Anke Domaske, discovered t a way to make textiles out of milk, tea and coffee beans. She then launched Qmilk, which produces fabrics made from 100% biodegradable/renewable materials, mainly raw cow milk. In order to do this “you add the protein powder – it looks like flour – to water and you mix it into a dough. Then there’s a nozzle at the end with teeny tiny holes that put out textile fibres instead of noodles”. Qmilk 1 kg of fiber only needs 5 minutes to produce and max. 2 liters of water, this means it can be more cost efficient as well as produce fewer CO2 emissions. finally, it is naturally antibacterial, which means it can be used for those with sensitive skin or textile allergies.

Qmilk is a small company, based in Germany. In order to spread the technology, it must be introduced to the US market and other European countries that have a big influence in the fashion industry.

Fashion designers must begin to use the technology to introduce the innovation to the public and encourage its usage down the supply chain i.e. factories and low-end designers/retailers.

Textile waste is a major issue in the fashion industry, leading to increased waste material and cluttered landfills, not to mention wasted time, energy and money.

A new technology produced by Indian designer, Siddhartha Upadhyaya, called the Direct Panel on Loom (DPOL), also referred to as Smart Tailoring, is way to increase fabric efficiency by up to 15%. It can also reduce lead time by 50%. “By using a computer attached to a loom, data such as color, pattern and size related to the garment is entered, and the loom cranks out the exact pieces — which then just need to be constructed.” With this technology, weaving, fabric cutting, and patterning happen all at once. This process ends up minimizing fabric waste and saves energy and water by 70-80%.

Smart Tailoring should start a campaign marketing the technology to both low-end and high-end textile suppliers, proving that the process could be cheaper in general, save the company money, time and energy

Fashion designers must begin to use the technology to introduce the innovation to the public and encourage its usage down the supply chain i.e. factories and low-end designers/retailers.

Problem: Plastics in the Oceans

Today, the Earth’s oceans are littered with millions of tons of plastic, wreaking havoc on animal and plant life in the water. This does not only affect the wildlife, but humans who rely on them for food and or business

Technology: “How a Pair of Jeans Could Save our Planet’s Plastic-Choked Oceans” by Issie Lapowsky

New York City-based startup, Bionic Yarn, has created a way to make fabric from recycled ocean plastic and turn it into denim products. The products are woven with some nine tons of ocean plastic inside. One of the company’s yarns is FLX, which is is made completely of recovered plastic. Their patented technology heats and spins together dozens of RPET strands to make new and improved yarn

Fashion designers must begin to use the technology to introduce the innovation to the public and encourage its usage down the supply chain i.e. factories and low-end designers/retailers.  For example, Bionic Yarn has partnered with celebrity/designer, Pharrell Williams, who uses it in his G-Star Raw collections

The company should start a campaign marketing the technology to high-end textile suppliers, proving that this material can be recycled and high quality

The problem lies in the fact households rely so much on non-renewable energy for their electricity needs. Consequently, non-renewable energy has a number of impacts on both the environment and human health. It is also non-replenishable, which will have economic repercussions.

A new technology, created by the company, Plant-e, uses living plants in green roofs, parks and other green spaces, to generate energy. The technology works by converting waste electrons and protons generated by bacteria in the soil into usable electricity. This harnessed electricity can be used to charge phones, power lights and cut down a house’s reliance on external electricity sources.

Consumers of the technology

So far, this technology has only been launched in the Netherlands, more marketing and campaigning should be implemented to push its use in the U.S and other countries

Problem: The Implications of Non-Renewable Energy

Non-renewable energy has become synonymous with dirty energy, harming both human health and the environment’s natural resources. For this reason, new forms of renewable energy are becoming more and more widely accepted and implemented.

Introduced in 2007 at Metropolis Magazine’s Next Generation design competition, POWERleap is a floor tiling system that converts wasted energy from human foot traffic into electricity. POWERleap uses what is called piezoelectric technology, which describes the electric charge that accumulates in certain solid materials (such as crystals, certain ceramics, and biological matter such as bone, DNA and various proteins) in response to applied mechanical stress. This, combined with a highly sophisticated circuitry system, can create electricity. This form of electricity has huge potential, considering there are areas with major foot traffic, like 5th Avenue or even a dance club, both of which could generate large amounts of electricity.

Companies/Buildings that install the technology

Since the technology is still in the beginning stages, it will need to reach out to small-scale partners, for example, schools, gyms, etc. that are looking to implement something like POWERleap in their facilities to promote physical activity and, as an after-thought, electricity.

Create a local (later national) campaign promoting the use of POWERleap in commercial building steps and other large areas. 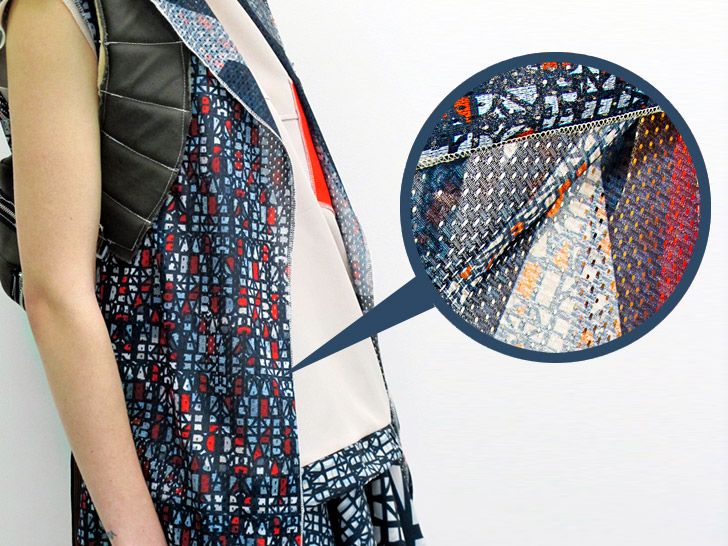 Textile dyeing is estimated to cause 17-20% of the global industrial water pollution. Until recently, little attention was given to the environmentally harmful effects of the dyeing process, when it comes to chemicals, waste, and water usage.